The Pantanal, Brazil, September 17 to 23, 2003 — Our penultimate day in Bolivia were spent in Potosi where we visited a coal mine.  It was one of most depressing place I’ve ever been, but I got great photos.  I swear.  Unfortunately none ever made it out of my camera as the memory card failed (I was using a microdrive, which was an early version of a compact flash card, but not nearly so reliable).  Then we were off to Sucre, Bolivia, where we did one of the cheesiest things for the year … we took the DinoTruck to Cal Orck’o.  Cal Orck’o is actually fairly cool; it’s a a huge vertical limestone wall that supposedly has the largest concentration of dinosaur tracks in the world.  But the DinoTruck is really cheesy.

From there we took a series of flights (where we once again ran into our friends Barry and Renee) and a shared a beat up taxi to the city of Corumba, on the Brazilian side of the border with Bolivia.  It was like we entered a new world.  It was hot, seemingly for the first time in 3 months.  And the people dressed in t-shirts, shorts and sun dresses; not traditional costumes like in the Andean countries.  I took my camera out in the evening and got shots at dusk (and beyond) on the streets of Corumba.  By modern standards (i.e., our standards 10-years later), the pictures are optically awful — my Canon 10D was terrible in low light situations.  But looking back, I like the way the photos look, in part because of all the noise and lack of detail.  The grit fits the subjects.

From Corumba, we booked a tour of the Pantanal, an enormous tropical wetland that sprawls across Brazil.  We stayed in a fazenda (farm) that had been converted into something of an ecohotel, and each day guides took us out exploring the region by any means of transport necessary: jeeps, canoes, horses, etc.  Highlights included fishing for and catching piranha and then swimming in those same rivers (looking back, I’m not sure why I was brave/stupid enough to do that), and diving to the ground at the guide’s orders when a slight buzzing sound in the distance turned into a terrifying cloud of bees that flew over us and literally darkened the sky.  There are no pictures of the bees, but I did get a cool one of the piranha I caught. 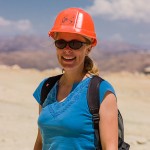 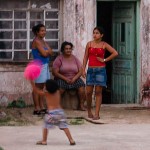 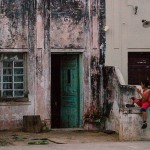 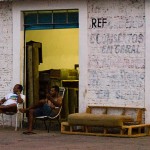 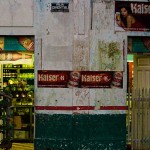 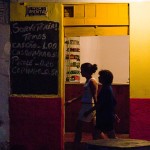 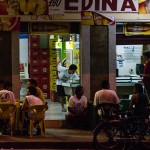 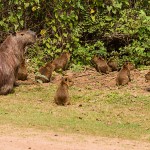 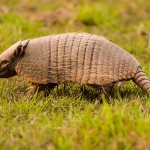 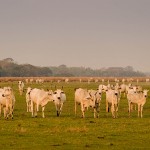 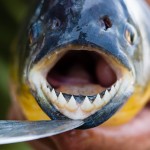 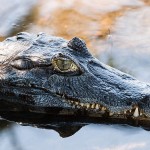 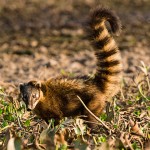